Contrary to the previous two cities, I absolutely loved Stockholm. The city has been called the Nordic Venice and I think the water element is part of what attracted me to the city. I have always had a thing for water. Not to be in or on it, but to be next to it on the side of a like, a river, or an ocean. Maybe it's because I was born only a couple hundred feet from Lake Michigan. Most of our stay revolved around the water. 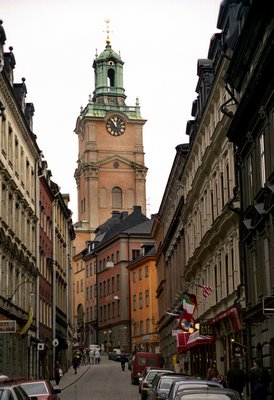 Stockholm is primarily a collection of islands tied together by bridges. The Old Town (seen above) is one of those islands comprised of winding narrow streets with old buildings and churches (who'd a thunk). Quite an adventure to explore. 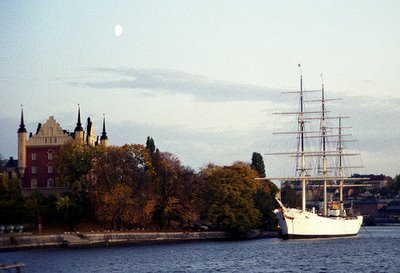 Our accommodations were the best of the whole trip. We stayed in the youth hostel aboard the AF Chapman (seen above), a decommissioned British sailing ship permanently moored in the harbor. I remember that the showers were in a large open space in the prow of the ship. Odd because they were communal and he floors and walls were sloping. It was really an experience to live on an old ship. 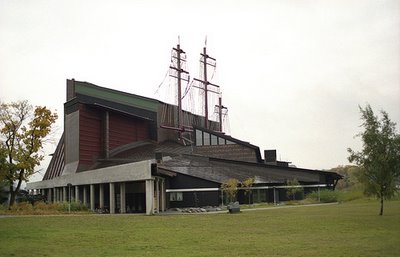 Other than Old Town, the only real tourist destination we visited was the Vasa Museum (seen above). It was an extraordinary museum that would be great to see again. The Vasa was an ill-fated sailing ship which sunk on her maiden voyage. The ship was salvaged, restored, and relocated completely intact inside this contemporary designed museum. Quite amazing to see the whole ship with all of it's details dry docked in a large open space where you can view the ship all around an many different levels. And the accompanying exhibits talking about the ship were excellent. 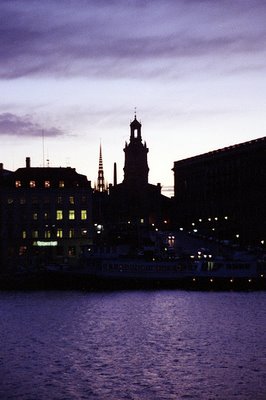 Stockholm was also just an interesting city to wander around. Interesting buildings and the maze of islands and bridges. A city that I would really love to return to.